We play at VFW Post 63.
Spring and Fall leagues on Wednesday nights.
Blind Draws during the Summer.

"Darts is a game for everybody; even athletic people can play." -- John Part

Players added to a roster are required to pay the per-player fee (per-player fees will be refunded for any team member who does not participate i.e., does not play in a match and does not attend a 'sign-up' or 'season ending' meal paid for by the league).

Players may no longer be added to a roster when there are fewer than 4 weeks remaining in the regular season.

Eligibility
A roster member is eligible for the playoffs and singles 301 tournament if:

A roster member is eligible for an individual award if the player has participated in at least 4 of the team's matches.

During the regular season all games are played. Standings are determined by match win-loss record. If necessary, points differential then head-to-head results are used to break ties. In the playoffs, the first team to reach 16 points wins the match i.e., the remaining games need not be played.

'Dummy Player' to supplement lone team player
If a team is represented by a single player during the regular season or playoffs, a Dummy Player may be used as the second player as follows:

Highlights
The ScoreSheet includes sections for each team to record any highlights (described more thoroughly on the Awards page) achieved during the match.

Sample Scoresheet
Below is a partially filled-out sample scoresheet in which a 3-player team is playing a 2-player team. 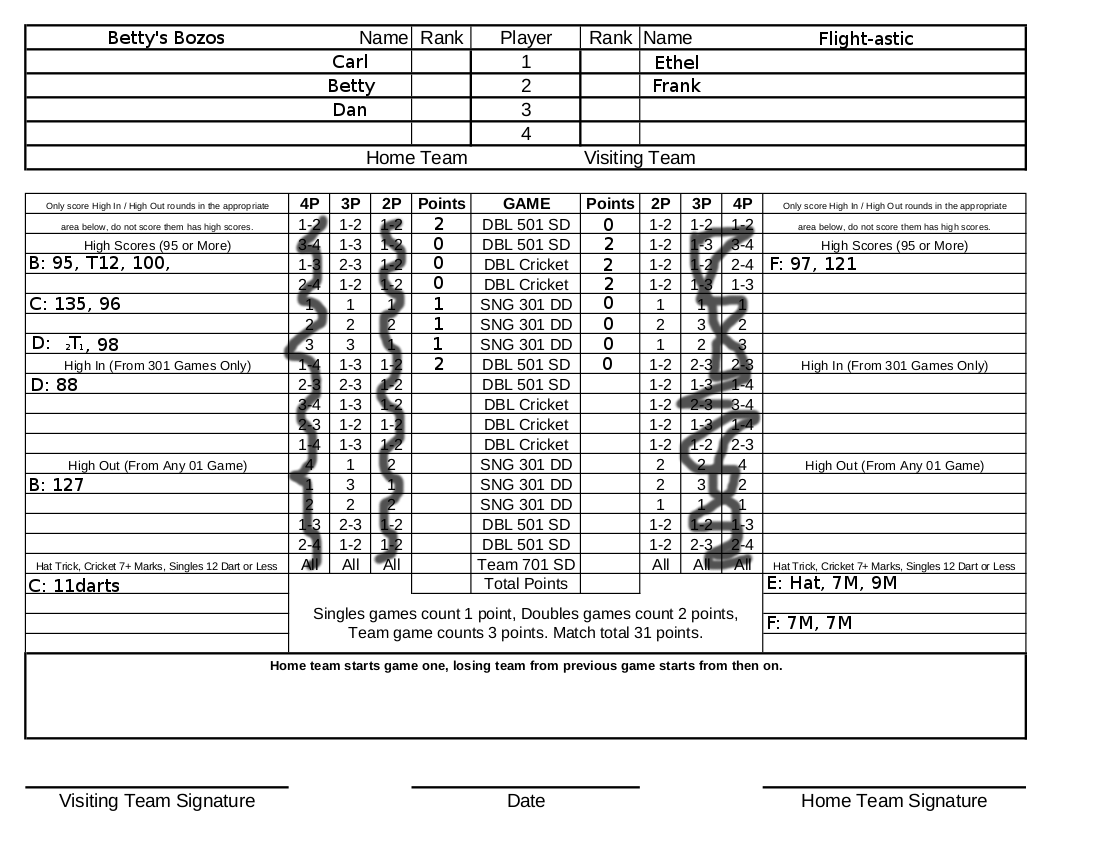